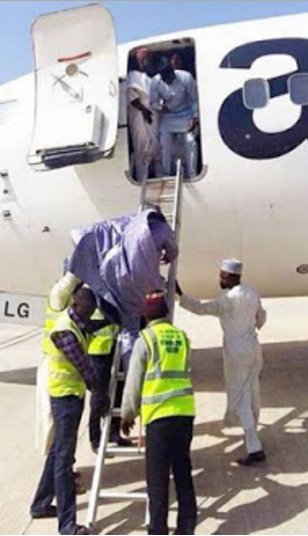 A lot of interesting things happened in Nigeria over the weekend, of everything however, INFORMATION NIGERIA has put together the five most interesting…

– The Sun Newspaper made the announcement that it has returned the N9million compensation it received from the Newspaper Proprietors Association of Nigeria (NPAN), given to them from the office of the  former National Security Adviser, Sambo Dasuki. This decision according to them, is as a result of the controversy the money has generated.

– Passengers were forced to exit an Aero Contractor plane with a ladder when the stair malfunctioned at the Sir Abubakar Tafawa Balewa Airport in Bauchi.

– R&B star Trey Songz was in Lagos, Nigeria this weekend for Rhythm Unplugged which held at the Eko Hotel. Apart from the 31-year-old American singer who was the main performer, Eedris Abdulkareem, EddyMontana and Tony Tetuila reunited on stage as the Remedies.

– The 66 soldiers in January and March 2015, who were sentenced to die by firing squad for mutiny by separate General Court Martials have been commuted to 10 years imprisonment each. The announcement was made by the Acting Director Army Public Relations Colonel Sani Kukasheka Usman.

– Baby Aisha who suffered horrific bomb injuries after a Boko Haram attack in the North east, undergoes the first, of a series of reconstructive surgeries.