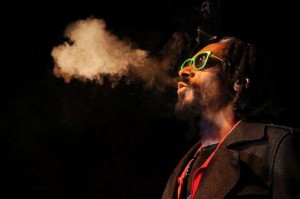 I guess this ranks really high on his preference scale for gifts.

The veteran American rapper at a concert in Oregon on Tuesday night, was given a gift for performing in the city.

Over two dozen weed advocates, producers and companies in the state donated marijuana products worth over $5,000 including marijuana-infused edibles and topical products, to the rapper and his crew as he was about to take the stage.

According to Joshua Jardine Taylor who organized the ‘weed’-raiser for the rapper and his crew, the response from the marijuana community in the state was surprising.

“It was remarkably fast and honestly, the feedback has been tremendous as far as people bringing me a lot more than I expected, people showing up with 2 ounces of their finest flower or 15 of their edibles,” he said.

The idea began when a marijuana aficionado from Hermiston,Andrew Lamb, heard the musician would be in Portland this month and put out a call on Facebook for Oregon pot producers to donate a sample of their products to the entertainer, whose love of cannabis is well known to the point that just a month ago he launched his line of marijuana and marijuana products, Leafs By Snoop.