Stone Us If Buhari Fails To Deliver On Electoral Promises – Momoh 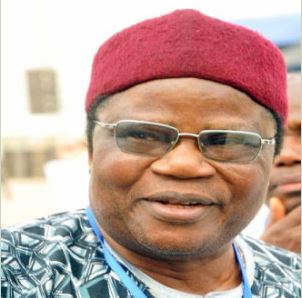 Prince Tony Momoh, is the former Minister of Information during President Ibrahim Babangida’s administration. In this media interview, the APC stalwart speaks on President Muhammadu Buhari’s administration, recovered looted funds and sundry issues. PATRICK OCHOGA was there for LEADERSHIP Weekend.

How would you assess President Buhari’s administration, particularly on the economy?

You have heard the President said he is the one that Nigerians voted for and he is responsible to them not to me or you. He is not owned by anybody. He was there between 1983 and 1985, he has experienced it, he is the only one who came since independence to be President of Nigeria and succeeded. No other one, Tafawa Balewa wanted to be a broadcaster, he became Prime Minister, Alhaji Shehu Shagari wanted to become a Senator, he became President; Olusegun Obasanjo was in prison praying to be released, at the end of the day he became president, Late Yar ‘Adua wanted to retire to lecture in Ahmadu Bello University, he became President; Jonathan was taken from Bayelsa to Abuja and made Vice President and them later became Acting President and President. Buhari went into politics and wanted to be President in 2003, he failed, 2007 he failed and 2015 he succeeded. Do you think that this type of person will be rushed into doing things he don’t believe will make Nigerians grow? I can assure you No. There are three steps in Buhari’s scheme,

S+S=P that is the equation. S is for security, he will secure Nigeria, the other S is for stability, he will stabilise Nigeria through infrastructural development and the outcome of security and stability is Prosperity and Nigeria will prosper. At the end of the day, if Buhari doesn’t perform, stone us because he is going to perform.

When people begin to appoint ministers for him, programme economic measures for him, begin to tell him what will happen in education and other ministries, you give the impression that he came to be President without preparing. I can assure you he is prepared to hold office by coming out with a book called project Nigeria and that book he has always had

since 2002 when he entered politics and he is going to implement this program.

He has a contract with every Nigerian, all the ethnic groups and I have said it, the South-East will be more in his party than any other group. Why? Because he is going to develop their area more than PDP ever did. Buhari knows where he wants Nigeria to be. We are talking of four years and it has not gotten to one year yet and people are saying he is very slow. One thing people don’t know is that those who are corrupt, those who did money laundering, those who diverted all sort of things, they know where the heat is. This BVN I don’t know how it works but it is revealing a lot of things, if you have one bank account, the thing will reveal all the commitments you have. I don’t know how it works but the government seems to be finding out where people have hidden money more than any other time in our history. I am not in that group, I am not carry out any investigation but a lot of things are coming out and a lot of things have been done.

He believes that anybody who took Nigeria’s money must return it, and should be punished for taking the money and denying the people of facilities they would have had if the way the money was used for them. Look at what is happening with arms, people went and collected billions of dollars and sat down to share the money and people where dying in the North-East, those who had no arms with them ran into Cameroon, they put them under court marshal and sentenced them to death and they didn’t give them arms. When they are dealing with such people, Nigerians are saying it is because they are in government. Those in government are the ones stealing the money, those in APC had no access so will you say because there was no APC among the PDP that had the opportunity to serve Nigeria that pocketed the money should not be dealt with. Buhari has said he is not against anybody but everybody must bear the consequences of their actions and when things are happening as media men find out why it is affecting your friend or colleague.

We read in the paper that the federal government have received some stolen funds from looters. Don’t you think giving credibility to the anti-graft war Nigerians deserve to know those behind the funds?

Government doesn’t talk, it is the media that talks, and you are given the responsibility to monitor governance on behalf of the people. Sovereignty belongs to the people of Nigeria and through the constitution, the government generates its power and authority. The motto of government is keep our secret, secret and the motto of the journalist is publishe and be dammed but to publish the truth. If government has been talking about people who have returned looted money, find out because you have protection. It is not the duty of the government to start publishing anything, what if what they publish other is wrong? They can be sued. The point I am making is that yes, the people have the right to know and the people have the right to be told who does the telling.

The current government in Edo will be rounding off next year and there will be primaries in both parties soon, what advise do you have for your party in the state to ensure rancour free primaries?

It is not the governor who will conduct the primaries, some people so preoccupied to rundown Oshiomhole. He will not impose a candidate and if he does, we have the right to vote our choice candidate because voting will be free, fair and secret so why will anybody think the governor will look at his shoulder while voting. He is only exercising his right as a person not as a governor to force you to do what you don’t want to do.

You said Nigeria has a special anointing to be united, reconcile this statement with the agitation in the South-East that they want to go.

What of North-East, you know, where God has a programme, Satan is always at work, darkness is always at work but the work of darkness is always temporary and God’s anointing is permanent, you can delay it but you can’t subvert it. When America said Nigeria will collapse, I said Nigeria will not collapse but they are correct in their prediction but in God’s anointing Nigeria is the only county packaged in the first half of the last century that has not collapsed. All other federation worldwide has collapsed, USSR, Slovakia but Nigeria has not collapsed because Nigeria is packaged to help grow the earth and the young ones will be the ones to do it. Nigerians are knocking on the door of paradise only them are in the forefront of going so.

What is your take on the agitation for the sovereign state of Biafra?

They have the right to protest as any other group has the right to protest because that is their own reaction to what they considered as injustice. But the fact is that protest has a limitation, there is what they call free speech plus, if in exercising your freedom to speech you punch my nose, that’s where your freedom ends and if people say they are expressing themselves and start destroying people’s cars, there is a body set up to ensure people are free. So in doing that, ensure you do it in accordance with the law. I myself will rise to my feet to sympathise with them, that is freedom of expression they are exercising but when it reaches plus destruction, then it will not be allowed.

What is the hope of the APC Edo in the winning the 2016 election?

We will work hard and win the election and if we don’t, it means we didn’t work hard but no rigging. Nobody is going to rig election any more, look at Kogi and Bayelsa, the President has said there must be fairness and INEC should do the right thing.