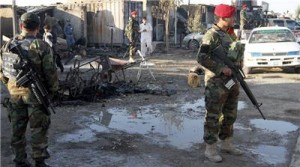 At least 70 people have been killed by Taliban fighters in an ongoing siege at Afghanistan’s Kandahar airport, officials told Al Jazeera. Official details about the number of casualties and the ongoing nature of the attack, which began on Tuesday night, have been conflicting – with the ministry of defence saying in a statement that 37 people were killed and 35 wounded.

Hospital officials, however, told Al Jazeera that 70 people have been killed, including women and children.

On Tuesday night, Taliban fighters targeted a residential compound and military bases at the airport, which is used by Afghan, US and NATO military forces. There, they held a number of hostages as they engaged in a tense firefight with security officials. Early on Wednesday, officials also said that the siege was over, but witnesses told Al Jazeera’s Qais Azimy, reporting from the Afghan capital Kabul, that at least three attackers were still holding about 10 people hostage on Wednesday evening.

“We are getting very conflicting reports, but we think the fighting is still going on,” he said, adding that the level of miscommunication about the incident shows why Afghan “people are losing faith in their security forces”. “The Taliban has shown to the Afghan people that they are still strong in the South and can launch an operation like this” even in a supposedly fortified airport compound, Azimy added.