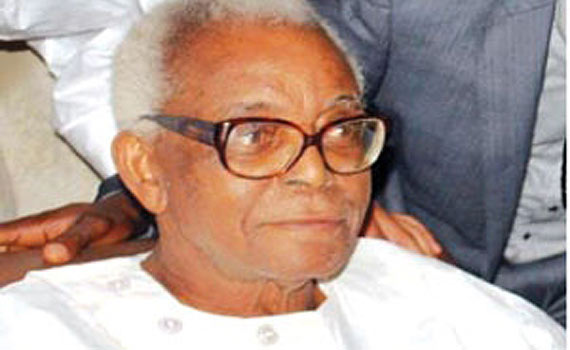 On this day in 2010, Chief Anthony Enahoro, one of Nigeria’s foremost anti-colonial and pro-democracy activists, died…

Chief Enahoro, the first child of twelve siblings was born on 22nd July 1923. He made a great impact on  the press, politics,  civil service and the pro-democracy movement during his time.

He would be greatly remembered as the first to to move the motion for Nigeria’s independence in 1953, something which became a reality in 1960.

Many Nigerian still regard him as the “Father of Nigeria State”