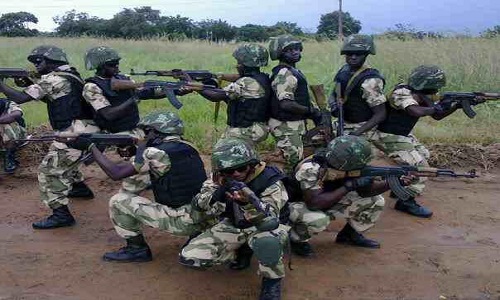 The Nigerian military has commenced air and land strikes on the hideouts of terrorists in the Sambisa forest, destroying about 15 heavily fortified camps.

“Additionally, the multi-barrel Rocket Launcher Regiment has destroyed the terrorist’s camps at Dure, Dure Kore, Jokwa as well as several other camps.

“The soldiers also recovered 2,000 cows rustled from various persons over time and rescued women and children held captives by the Boko Haram. While the animals have been moved to Kanwuri, the rescued persons have been evacuated and are being given all the necessary support and assistance.

“However, a soldier sustained gunshot wound and fracture on the leg.

“The camp was successfully cleared and troops have continued their advance while a blocking force has been deployed to prevent infiltration and possible escape by the terrorists.”