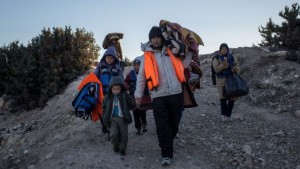 Turkey has detained and mistreated scores of migrants, pressuring some to return to war zones, a new report by Amnesty International says. The group says EU pressure on Turkey to stem migration to Europe has resulted in the “forcible transportation” of hundreds of migrants.

Pressuring them to return was in breach of international law, the Amnesty report said. Turkey “categorically denied” any Syrian migrant had been forced home. In the report, released on Wednesday, Amnesty blames the EU’s “recklessness” and says it should suspend “Action Plan” – the EU-Turkey migration deal signed in November – until human rights obligations are met.

It also calls on richer countries to take in more migrants. “By engaging Turkey as a gatekeeper for Europe in the refugee crisis, the EU is in danger of ignoring and now encouraging serious human rights violations,” John Dalhuisen, Amnesty International’s director for Europe and Central Asia, said. “Pressuring refugees and asylum-seekers to return to countries like Syria and Iraq is not only unconscionable, but it’s also in direct breach of international law.”