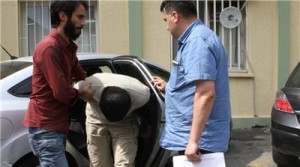 Fighters belonging to the Islamic State of Iraq and the Levant (ISIL) have attacked a camp in Iraq that trains a force battling the group, killing three Iraqi fighters and wounding 10 people, including four of their Turkish trainers, Iraqi officials say.

Atheel al-Nujaifi, former governor of the northern Ninevah province, said the camp, in the Basheeqa region near the ISIL-held city of Mosul, came under mortar fire “for hours” on Wednesday and that the shelling was continuing. Turkey’s military said the camp was hit by Katyusha rockets fired by ISIL during a battle with Iraq’s Kurdish Peshmerga fighters.

It said Turkish artillery units fired back at ISIL targets in retaliation, but did not provide further details on the Turkish response. A total of 10 people were wounded in the attack, including the Turkish soldiers, according to Makhmoud Surchi, the spokesman for the camp.

More than 1,000 fighters were receiving training at the camp when it came under attack. The attack came days after Turkey, under intense pressure from Baghdad, was forced to pull out an unspecified number of reinforcements it had sent to the camp, citing threats from ISIL.