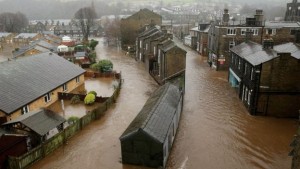 Emergency teams are working to evacuate people from homes in York, as flooding continues to hit northern England. Police advised between 300 and 400 people to evacuate in York by the River Ouse and River Foss, with up to 3,500 properties believed to be at risk.

Hundreds of flood alerts and warnings are in place for England and Wales. More than 30, including six in York, are severe, indicating danger to life. David Cameron is due to chair an emergency meeting of officials later.

The prime minister tweeted on Saturday: “My thoughts are with people whose homes have been flooded. “I’ll chair a COBRA [emergency committee] call tomorrow to ensure everything is being done to help.”

York City Council said the River Ouse was expected to peak at more than 5m above normal summer levels on Monday afternoon. The Environment Agency said the River Ouse’s water level had reached 4.65m at 04:00 GMT on Sunday. Its typical range is between 0.5m and 1.9m.