The Minister of Information and Culture, Lai Mohammed, said on Wednesday that the Nigerian military had met the December deadline to defeat the Boko Haram terrorists. 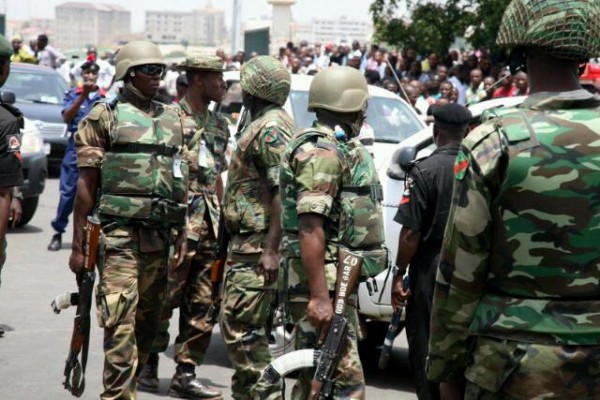 The minister said this during his maiden meeting with editorial heads of media houses in Lagos.

President Mohammadu Buhari had, upon assuming office, issued a December 31 deadline to the military to defeat the Boko Haram terrorists.

“Today, I can report that the war against Boko Haram is largely won.

“I can confidently say this because just recently, I led a group of 33 journalists from both the local and international media to the hotbed of the insurgency, that is, Maiduguri, Kondugua, Kaoure and Bama.

“Today, I can report to you that the entire 70 plus kilometres stretch from Maiduguri to Bama and all the way to Banki which leads to Cameroun and the Central African Republic are in the hands of our gallant troops.”

He said the military presence could be felt ”every few metres along the road; at a point along that road we were just a kilometre to Sambisa forest.

“They have so degraded the capacity of Boko Haram that the terrorists can no longer hold on to any territory just as they can no longer carry out any spectacular attack.”

Mr. Mohammed, however, said that although there were still cases of suicide bombings, it was pertinent to note that such was the nature of insurgency globally.

“Unlike a war between two armies, an insurgency never ends with arms victory

“Even in countries like Colombia where insurgency was supposed to have ended decades ago, attacks like this still happen.”

He, therefore, urged Nigerians to support the military in the fight against terrorism in the country, saying that the military had availed itself creditably.

“It is our turn as civilians to give them our support; to realise that the war they are fighting is not their war alone, but our war, hence we must own the war.”

The minister disclosed that a national security campaign had commenced to raise awareness among Nigerians about the war, the sacrifices of our troops, and how to stamp out the remnant of the war.

“Jingles are being played on national radio and television as part of the campaign in order to keep the media better informed about the war, so that they can also better inform Nigerians,’’ he said.

Mr. Mohammed also said that an ad-hoc committee, comprising media representatives as well as intelligence agencies, would be inaugurated to regularly be updated about the war in order to better inform the public.