The Economic and Financial Crimes Commission on Tuesday arrested the founder of Africa Independent Television (AIT), Raymond Dokpesi, and former Sokoto state Governor, Attahiru Bafarawa, in connection with the ongoing investigation into arms procurement by the office of the National Security Adviser during the Goodluck Jonathan administration. 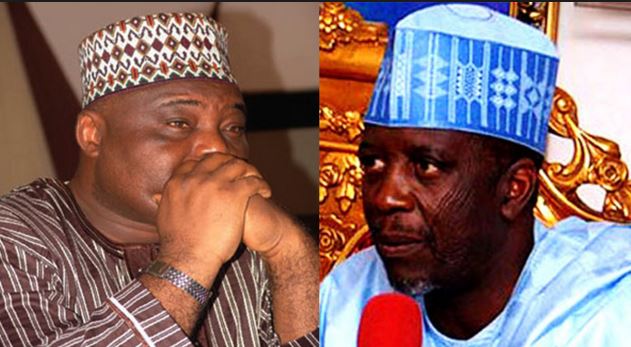 PREMIUM TIMES learnt the two men were arrested at their Abuja homes by two separate teams of detectives and then taken to the commission’s headquarters where they are currently being interrogated.

The spokesperson for the EFCC, Wilson Uwujaren, who confirmed the arrest of the two politicians declined to give further details.

“All I can say is that some arrests were made including the two names you mentioned,” Mr. Uwujaren said. “But investigations are still on and there is nothing more to tell you at this point.”

However, a source at the commission told PREMIUM TIMES that Mr. Dokpesi was arrested after investigators established that he received some money from the office of the then NSA, Sambo Dasuki, “without any clear reason”.

“Chief Dokpesi received N2.1 Billion from the NSA’s office but investigators cannot see any clear reason for the payment,” he said.

The source said investigators were “suspicious that the money was passed to him as payment for the damaging documentaries and campaigns his station ran on Buhari, Tinubu and Amaechi.

“They believe the funds were budgeted for arms procurement but was diverted to Mr. Dokpesi.”

On his part, the former Sokoto governor, Mr. Bafarawa, whose son, Sagir, was earlier arrested by the anti-graft agency, was picked up after investigation showed that he also allegedly received about N4.6 billion from the office of the NSA with no clear reason for payment.

Investigators said they suspect Sagir acted as front for his father.

Meanwhile, operatives of the State Security Service are currently interrogating Mr. Dasuki who was also arrested early Tuesday in connection with the arms procurement investigation.

Mr. Dasuki’s lawyer, Joseph Daudu, confirmed the arrest to PREMIUM TIMES, saying he was working to get further details.

He said he was aware that the EFCC had applied to Justice Adeniyi Ademola of the Federal High Court, Abuja, asking for cancellation of the bail granted to Mr. Dasuki weeks ago.

“To my knowledge, that application is still pending before the court,” Mr. Daudu said.