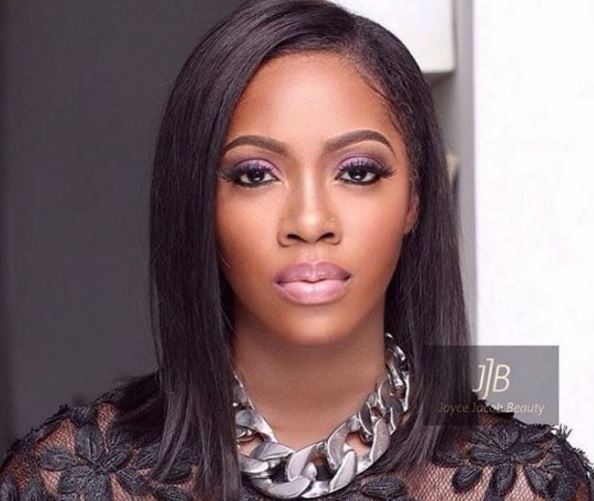 Nigerian singer, Tiwa Savage in an interview with Genevieve Magazine has explained why she and her husband , Tee billz decided to keep the face of their baby boy away.

‘Well that’s his dad’s decision. Every mother wants everyone to see the picture of her baby. I want everyone to see how cute he is but I understand my husband’s perspective too. He is the head of the house so I have to respect his wishes. Eventually, we will reveal his face but for now, he wants only close family and friends to have the special moment to bond and not share it with the world yet.’

She also reflected on motherhood so far, recounting how it was hard to bond with her child after he was born.

‘I’m going to be as candid as I can be and Genevieve is the only press I’ve ever told. They say you bond instantly with your baby but I didn’t have that instant connection. I was in a 20-hour labour and just when I was about to push him out, his heart rate dropped, so there was a lot of panic in the room and we were all in tears. Then, when he eventually came out, everyone screamed “congratulations” and they had to put him on my chest to bond. Instead, when they did, I said “he is beautiful, but can I sleep for just one hour?”