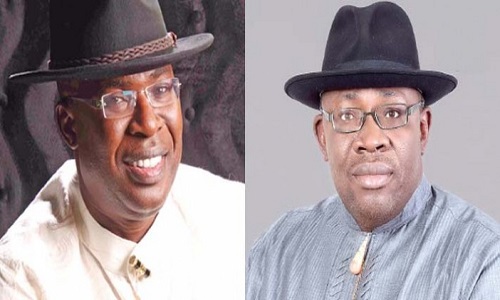 Days after it declared the governorship election in Bayelsa State inconclusive, the‎ Independent National Electoral Commission (INEC) is yet to fix a date for the supplementary election in the Southern Ijaw local government area of the state.

‎Speaking on the development, INEC’s director, Voter Education and Publicity (VEP), Oluwole Osaze-Uzzi, said the commission was still consulting over the matter.

The Chief Returning Officer for Bayelsa State 2015 governorship election, Prof. Zana Akpagu, Vice Chancellor of the University of Calabar, had on Monday, announced that the election was inconclusive because of the violence that marred the polls in Southern Ijaw.

As at the time the results in seven local government areas were collated and announced, the Peoples Democratic Party (PDP) candidate, Governor Seriake Dickson, was leading in six.

But candidate of the All Progressives Congress (APC) Timpre Sylva, rejected the cancellation of election in Southern Ijaw and is challenging the INEC’s decision in court. ‎He won in only one local government.

However Uzzi said “We have not fixed a date for the supplementary election, we are still consulting.‎ We will fixed a date after we finished the consultation”.

Mr. Uzzi, however, did not say if the consultation was in connection with the case instituted by Sylva against the cancellation of the election.

According to the Electoral Act, INEC has 14 days to conduct a supplementary election where there is an inconclusive poll.