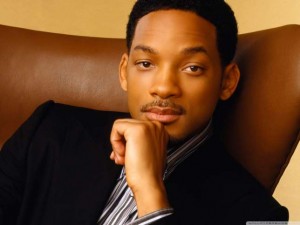 Will Smith say he has tried to avoid watching football since making Concussion, his new film about the tragic link between the violent sport and life-threatening brain injuries.

“I haven’t seen a whole game,” he told Yahoo Movies. “I walk through the airport and I’ll see something, or I’ll see a play on the news. It’s really stressful now. It definitely created a conflict for me. It’s still beautiful, it’s still America’s favorite game. That doesn’t change at all. It just has another side, that once you see and once you know and once you understand, you can’t not see.”

Though he grew up a major Philadelphia Eagles fan and has participated in several Super Bowl festivities, this is a big admission from Smith, who has been careful to avoid completely smearing the National Football League during his promotion of director Peter Landesman’s film.

With Concussion, the 47-year-old megastar has already received a Golden Globe nomination and his best reviews in years, with praise heaped upon his nuanced work as Dr. Bennet Omalu, the Nigerian-born doctor who discovered Chronic Traumatic Encephalopathy known as CTE and helped publicize the degenerative brain condition and its prevalence among former NFL players.

CTE is a progressive degenerative disease found in people with a history of repetitive brain truma including symptomatic concussions as well as sub-concussive hits to the head which do not cause immediate symptoms. CTE has been mostly found in athletes participating in American Football, Wrestling, Boxing, Ice Hockey and other contact sports

The film, based on a 2009 GQ story, traces Omalu’s journey from brilliant-but-anonymous autopsy expert to a potentially multibillion-dollar thorn in the side of the nation’s biggest sports institution and cultural center of gravity.

Much of Concussion looks at the NFL’s attempt to stonewall and discredit Omalu and his colleagues, including doctors played by Albert Brooks and Alec Baldwin. The league held firm as the number of former brain-damaged players piled up even when it agreed to a massive $765 million payout to former players who alleged that the league covered up its knowledge of CTE for years, the NFL made sure that it would not have to disclose internal files related to what it knew about CTE.