Yoruba Actor, Femi Adebayo Kisses His Daughter On The Lips, Gets Criticized By Fans 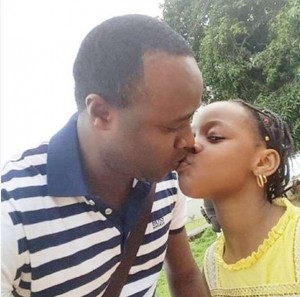 The photo was shared on his Instagram account and got him a lot of criticisms because he kissed his daughter on the lips.

A lot of his fans felt it was wrong for him to kiss his daughter that way.

In order to avoid controversy, Femi Adebayo took down the picture and replaced it with another picture of him and his daughter.

He captioned the new picture “1st love,#wcw ,I’m not a fan of negativity,2 my diehard fans thank you.“