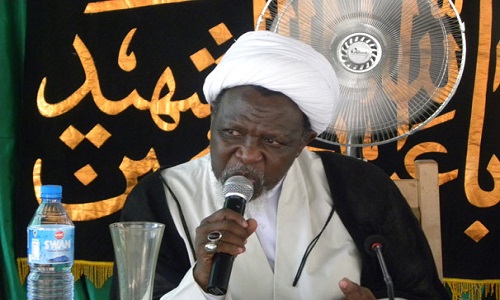 Residents of Zaria town in Kaduna State have called on the Federal Government to, as a matter of national importance, ban the Sheikh Ibrahim El-Zakzaky-led Shi’ite Movement in their area, before things get out of hands.

According to the residents, the call became imperative as the town has become tired of the activities of the Shiite movement which they noted are running a parallel government in the country and had on different occasions, unleashed so much untold hardship on them for more than two decades now.

Idris Mohammed Baba, who spoke on behalf of the affected Zaria communities told journalists in Kaduna at the weekend, that members of the group had at different times in the past held people in Zaria and Sabon Gari local government areas of Kaduna State hostage. Specifically, the Shiites in May 2015 declared 24 youths in the area persona non grata for challenging their activities in Gyellesu community where El-Zakzaky resides, the residents added.

“My experience with Shiite followers is disastrous and terrible,” said Baba. “At a point, Shiite boys threaten to kill me. There is one notorious Shiite boy call Ali, he is the leader of El-Zakzaky’s notorious boys who accompany him anywhere he goes.

“We are happy over the military action against Shiite’s movement in Zaria because we have fresh air now blowing in our areas. Before now, we can’t grant interview to the world about Shiite’s activities, but now we are sleeping with our two eyes closed.

“As a community, we wrote letters to the governments about the ungodly activities of Shiites but no single action was taken. We no longer report Shiites to the Police because they will never honour Police or security invitation. These Shiites are authority unto themselves; they don’t respect authority, security and so on.

“We are Muslims but we discovered that, Shiites activities are contrary to Islam. They carried dangerous weapons and openly molesting innocent people in our areas. Human rights should also look into our pains by Shi’ite sect.”

Another resident who is also one of the Gyallesu’s elders, Alhaji Saidu Garba, said the once booming economic activities in the area have been crippled due to the activities of Shiite.

“After, El-Zakzaky was released from detention in 1999, he came and settled in Gyallesu and since then, there has been no peace in our area,” said Garba.

“We thank Allah for touching the heart of the government and the military for liberating us from Shiites’ untold hardship.

“Shiites killed many of our people who challenged their activities. We buried them, yet we cannot talk to the world because of their threat.

“We were living like slaves in our own land where Shiite leader, Sheikh El-Zakzaky came and met us. We residents of Gyallesu are calling on the Federal government to ban the Shiite movement in our community and Kaduna state as a whole. Government should put a stop to Shiite’s ungodly activities in our area,” he said.