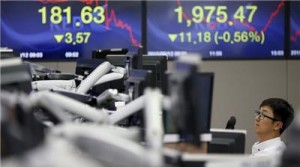 Zimbabwe plans to adopt the Chinese yuan as legal tender in return for debt cancellation worth about $40m – a move one economist predicted “has no future at all”. China has become the largest investor in Zimbabwe, which has been shunned by the West over its human rights record and is struggling to emerge from a deep 1999-2008 recession that forced the government to ditch its own currency in 2009.

Zimbabwe’s Finance Minister Patrick Chinamasa announced the plan in a statement on Monday and said the use of the yuan “will be a function of trade between China and Zimbabwe and acceptability with customers in Zimbabwe”.  In the last five years, Zimbabwe has received more than $1bn in low-interest loans from China, which is Harare’s second largest trading partner after South Africa.

“They [China] said they are cancelling our debts that are maturing this year and we are in the process of finalising the debt instruments and calculating the debts,” Chinamasa said. However, according to one Zimbabwean analyst, the yuan has already been a legal tender for the past two years and Chinamasa’s comments are rather puzzling.

“Nothing looks to change from this latest move,” economist John Roberston told Al Jazeera. “Yuan was included in the so-called multi-currency system a couple of years ago. It’s nothing new. What is different is the attachment to debts. It seems that the government is trying to pass this on as a concession by China.