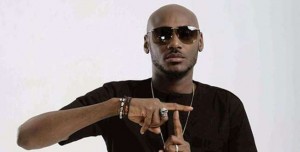 He made this announcement months ago, but I guess this is making it official.

This time, the Nigerian Pop icon announced the news on Twitter in the early hours of Saturday, January 9, 2016.

Guys happy every! My handle is still the same but name is now @official2baba one love always

With this development, the legendary singer effected changes on all his social media platforms including Instagram and Twitter, losing the blue verification badge (something Nigerian artistes would kill to have)

Hey, we guess 2face 2baba is that committed to his re-branding.