A 32-year-old man, who only gave his name as Mustapha, has been arrested by the Plateau State Police Command for allegedly raping his three-year-old daughter, Iqma (pseudonym). 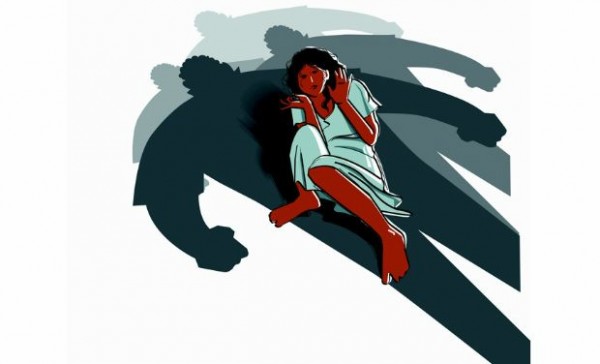 It was gathered that the incident happened on January 12 in the Katako area of the state while the victim’s mother was cooking in a makeshift kitchen within their compound.

According to the Punch, the woman had gone into the room to pick some ingredients for the dish she was preparing when she caught her husband in the act.
An angry mob was said to have descended on the suspect after his wife alerted neighbours.

It was learnt that policemen from Laranto division intervened and rescued him from the mob.

A neighbour, who spoke with the newspaper’s correspondent on the telephone on condition of anonymity, said she informed a non-governmental organisation, Voice for the Girl Foundation, who took custody of the girl.

“I was very shocked when I heard about the incident. The mother was cooking outside that evening. She went in to take something in the house and she met her husband having sex with their daughter. She raised the alarm, and everybody that rushed into their premises was surprised too. I called a social worker, who took the girl to a hospital. The man was beaten by some angry youths in the community before the police came to rescue him”
The Director of the foundation, Mildred Bako, said Iqma was taken to a hospital, where a medical test conducted on her revealed that her hymen was ruptured. She said the man could not give any genuine reason when he was asked what prompted him to commit the act.

She said, “It was a friend that notified me about the incident. I went there and took the girl. The man was unable to give any genuine explanation. He just said it was the work of the devil. We took the girl to a private hospital and the doctor’s report confirmed that her hymen is broken. For now, the mother is not happy about the whole thing and she has said she is no more interested in the marriage for now. We want justice in the case. We do not want the matter to be swept under the carpet.”

DSP Abuh Emmanuel, the Plateau State Police Public Relations Officer, confirmed Mustapha’s arrest. He said the suspect had confessed to the crime, adding that he would be charged to court at the end of the investigation.

He said, “We received a report that the suspect defiled a three-year-old girl and the suspect was arrested immediately. The suspect has confessed to the crime and investigation has commenced. The victim was taken to the hospital for treatment. As soon as the investigation is concluded, he will be charged to court.”