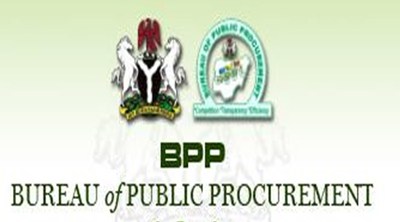 The Bureau of Public Procurement (BPP), yesterday, said that the $470 million contract awarded by the late President Musa Yar’Adua’s administration for the procurement and installation of Close Circuit Television (CCTV) in Lagos and Abuja did not follow due process.

Speaking at an investigative hearing by the House of Representatives Ad-hoc Committee set up by the Speaker, Yakubu Dogara, to unravel the circumstances of the award of the contract and the failure of ZTE Corporation to complete the contract, the Director General of BPP, Emeka Ezeh told the Ahmed Yerima-led committee that his office did not issue certificate of no objection in the award.

“The contract for the installation of CCTV Cameras in Abuja and Lagos under the National Public Security Communication System project was not processed at the Bureau of Public Procurement prior to award. In other words, the project was not issued a due process certificate of no objection by the BPP.

“Considering the purported cost of contract in US$470 million, the contract ought to have been accompanied with a certificate of no objection issued by the BPP,” he said.

But the former DG of NigComSat, Ahmed Rufa’i, said award of the contract was through a presidential approval. He argued that it was not all issues, especially those that had to do with national security, that should pass through the BPP due to its implications.

He also said that in the Procurement Act, the President had discretionary powers to approve procurement without going through the BPP.

In its submission, Chinese telecom giant, ZTE, denied any wrongdoing in the execution of the National Public Security Communication System, NPSCS, project.

ZTENigeria Managing Director, Mr. Had Fuqiang, who said that the company completed the project added that it delivered one of the world’s best Video Surveillance System, VSS, to the Federal Government.

“Contrary to public perception, the project was not to merely install cameras but one conceived to deploy comprehensive, reliable, modern and robust National Public Security Communications System, NPSCS,” he said.