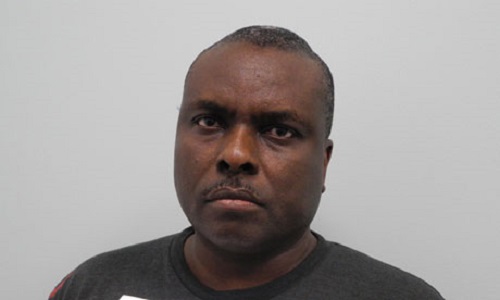 Former Delta State governor, Chief James Ibori, has expressed shock at a statement credited to the Minister of Justice and Attorney-General of the Federation, Mr. Abubakar Malami, SAN, that about £6.9 million was being expected by the federal government as Ibori loot.

The Minister had during an interactive session with the House of Representatives Committee on Justice, on Tuesday, said the Federal Government will soon recover an additional $750 million kept in foreign banks by the late Head of State, Gen Sani Abacha as well as £6.9 million stolen by Ibori.

Mr. Ibori was governor of oil-rich Delta State between 1999 and 2007 and is currently serving a 13-year jail sentence after admitting fraud of nearly £50m. The former governor was convicted by Southwark crown court in London in 2012.

A statement by his media assistant on Thursday, Mr. Tony Eluemunor said: “There is no Ibori loot anywhere in the world. Such money, whether in British pounds, American dollars or the Nigerian naira just does not exist. This is because the Ibori London trial is not yet over. It is an incontrovertible fact that the confiscation hearing has not started at all, and remains months away into the future.

“This makes it disappointing that a high official of state such as the Attorney-General may have been misled into believing that an Ibori loot not only exists anywhere, but he even put a figure (6.9 million pounds) to it.

“With all due respect to the Minister and the President Muhammadu Buhari administration, it is curious that such a misleading statement could have come less than a week that dozens of well-respected foreign media organisations, including the British Broadcasting Corporation, BBC, The Times of London, The Guardian of London,   and a host of Nigerian news outlets reported that the case against Ibori and his associates have become shaky as some operatives of the London Metropolitan Police have been accused of bribery and corruption in the course of their investigations. Thus, at the January 21, 2016 hearing, the prosecution was forced to withdraw its case against one of Ibori’s counsel, Mr. Bradesh Gohil.

“It had charged Gohil of leaking fabricated documents to media organisations and members of (British) Parliament, but Gohil turned the case against the Police, accusing them of misleading the court with tainted evidence from corrupt operatives and of withholding key documents which could have proved police corruption”.

The former governor’s media aide said he was under the assumption that Mr. Malami might have been misquoted and so did not issue a rebuttal immediately, but it was only when he failed to retract the statement after 24 hours that he decided to give Nigerians (including the Minister) the true perspective of the Ibori London trial and state categorically that the so called “Ibori Loot”, which the AGF saw as a “low hanging fruit ripe for plucking” must have been a terrible mirage.

“This has done nothing though to affect in any way, the high regard Chief Ibori and his Media Office have for President Buhari, his administration and ministers, including the Justice Minister, Mr. Malami. Chief Ibori wishes them well in their stated bid to leave a better Nigeria than they found it”.