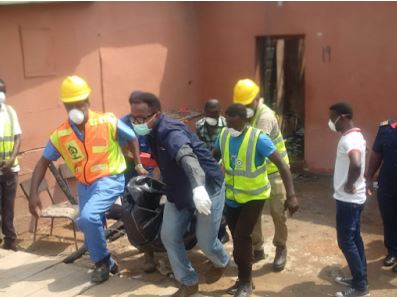 A 65 year old woman identified as Adejoke Adefuye was burnt to death in her home at number 19, Oshinfolarin street in the Bariga area of Lagos, during a fight that broke out between two cult groups in Bariga yesterday January 23rd.

According to a statement by the Lagos State Emergency Management Agency (LASEMA), the incident was a reprisal attack from one of the cult groups after a fight that began on Friday

“Information revealed that the cultist had been terrorizing the area since yesterday before attacking the affected building this morning, trapped the occupants inside and set the building on Fire. A 65-year-old woman was burnt beyond recognition in one of the rooms. She was the only mortality recorded and has been taken to morgue by SEHMU. Other occupants of the building sustained minor injuries that have been treated by LASAMBUS.” ‎the statement said.