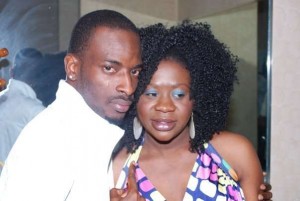 A few days back, Toni Payne was trending on Twitter after defending rapper Ice Prince whose girlfriend was involved in a cheating scandal.

Toni Payne was immediately attacked by Twitter users over her alleged relationship with Ruggedman when she was married to 9ice.

During that period in 2010 9ice released a song titled ‘Once Bitten, Twice Shy‘ off his Tradition album. In the track he sings about a lover of his who cheated on him with his friend.

At that time things were rocky in Toni Payne and 9ice’s marriage.

Many people believed 9ice was singing about Toni Payne and Ruggedman.

Despite the rumours, 9ice, Toni Payne and Ruggedman have consistently denied the story.

Today (January 22) 9ice has released a statement addressing the backlash Toni Payne got on Twitter.

“It has come to my attention that some people were up to some mischief harassing Toni Payne regarding an evil rumor that was spread years ago. I would like to use this opportunity to state categorically that the song Once Bitten Twice shy was not and can never be about Toni Payne. I have NEVER accused her or told anybody that she cheated on me because she DID NOT. It did not happen and it was never an issue. Let me be very clear. Toni Payne NEVER cheated on me. Some marriages do not work for different reasons” says 9ice in the statement.

“Unfortunately I released my album at a very delicate time in our relationship and a song from the album was taken the wrong way and things were blown out of proportion due to my silence.

In the statement 9ice strongly states that the controversial track is not about his ex-wife.

“Once again, the song Once Bitten Twice Shy was NEVER about TONI PAYNE. It was just a song. I wish I had come out sooner but I cannot change the past, I can only try and make amends for the future.

“It is a new dawn for us all and I hope this closes the topic permanently. If it does not, maybe it is best I release a song clarifying this issue for the 100th time because what started all this was a song and all my effort to clear that air via interviews have been futile. I assure you, I will stop at nothing to make sure this evil rumor is put to sleep once and for all. Again It was never my intention to cause her pain. My apologies to everyone who was affected. God Bless!“