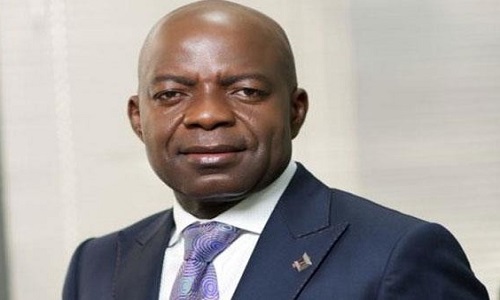 The All Progressive Grand Alliance (APGA) candidate in Abia state, Dr. Alex Otti, who was declared winner of the 2015 governorship election in the state by the Court of Appeal, has expressed optimism that the Supreme Court would re-affirm the judgment.

Otti, who lost the first round of litigations challenging the declaration of Okezie Ikpeazu of the Peoples Democratic Party, PDP, as winner of the election at the governorship election petitions lower, however, got reprieve as a five-man appeal court panel sitting in Owerri, sacked the incumbent governor and ordered his (Otti’s) swearing-in as governor.

Dissatisfied with the verdict, Ikpeazu and the PDP had approached the apex court to reverse the judgment.

There were also protests on the streets of Aba rejecting the Appeal Court’s verdict.

However, Otti in an interactive session with newsmen in Lagos on Tuesday, said the protests were masterminded by the state government to create an impression that the PDP won the election.

The APGA candidate, who expressed confidence in the Supreme Court to uphold the Appeal Court verdict, claimed that 80 per cent of Abia indigenes and residents of the state voted for him in the April 11 polls.

He also berated Chief Mike Ozekhome (SAN) for saying the judgment was flawed, describing the lawyer’s position as too prejudicial.

Otti pointed out that as a Senior Advocate of Nigeria, Ozekhome should conduct himself with decorum especially when the case is still before the court.

He stressed that the appeal court’s judgment was initially greeted with spontaneous jubilation across the length and breadth of Abia State, adding that the protests by the PDP was an after-thought.

He said, “Abia State indigenes and those who live in Abia State voted for me and I received a lot of text messages and emails and one thing that underscores those messages particularly from Abia people was, ‘we know who we voted for’. Everybody knows that I won that election and so people were very happy with the verdict.

“Yes, there had been some hatchet men who were recruited by the present government of Abia State to be on the rampage. They started by organizing people to protest on the streets and if you recall after the judgment, there was spontaneous jubilation across the length and breadth of Abia State and if you were in Abia like I was, there was tumultuous celebration of that judgment.

“As an afterthought, 48 hours later, the PDP government first of all held meeting and decided that they were going to protest the judgment. And there was no less a person to lead such protest than the former Senate President, Adolphus Wabara.

“I don’t want to talk about him but the only thing is that we know that senior citizens should live in a way that people would like to emulate them”.