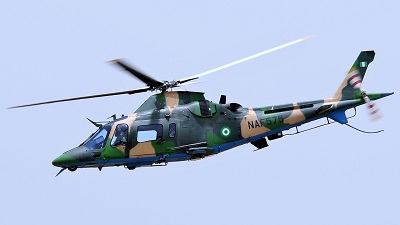 The Nigerian Air Force (NAF) says it has stepped up surveillance to locate the abducted Chibok girls and other captives held by the Boko Haram terrorists in Sambisa forest.

Deputy Theater Commander of Operation Lafiya Dole in charge of Air Component, Air Vice Marshal Isiaka Amao, made this known when he briefed newsmen in Maiduguri, the Borno State capital on Saturday.

“In continuation of the counter-terrorism operations under Operation Lafiya Dole, the air component has intensified air strikes against the Boko Haram terrorists.

“The air effort was focused on further degrading the terrorists operational capability as well as command and control structure, restricting their freedom of movement and destroying their logistics support base”, he said.

He said that the Air Force had successfully carried out 286 operational sorties against the terrorists’ targets between Dec. 25, 2015 and now.

“The air operation also intensified surveillance towards locating the abducted Chibok Girls and other citizens that may have been abducted by the terrorists group.

“The missions conducted led to the destruction of newly discovered terrorists hideouts, enclaves, logistics support bases and infrastructure, especially as they flee Sambisa to nearby locations due to aerial bombardments”, he said.

Amao said that the air efforts had further degraded the terrorists and denied them the opportunity to regroup as the case was in the past.

“Notable among the missions during the period was an air strike on Dec. 25, where some Boko Haram leaders and junior commanders who had gathered for a meeting in Sambisa forest were neutralised by a precision strike.

“Post-strike assessment indicated that over 15 terrorists were killed”, he said.

He said that NAF also conducted several interdiction missions against terrorists’ targets on part of Sambisa forest on different occasion.

“The most significant strike was conducted on Jan. 17, after an intelligence report on the location of a high value terrorists’ leader taking refuge at a location south of Arra in Sambisa forest.

“Consequently air strikes were conducted to neutralise the target”, he said. (NAN)