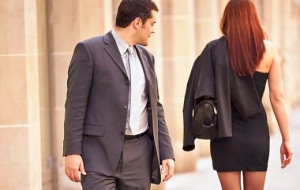 If you want to affair-proof your marriage or relationship, and how to catch or confirm that your man is cheating, there are a few things you need to keep in mind.

First, you need to know your partner. If you don’t spend much time together — if you don’t lounge on the couch or talk to one another regularly — you need to. Silence is one of the biggest relationship-killers. You need to verbalize what’s going on in your relationship, not only with one another, but talk about work, your interests and your goals.

Communication is golden, and you need to have open lines. Furthermore, if you know your partner, you’re more likely to notice changes in his patterns or moods.

Secondly, don’t pay too much attention to the “common” signs of cheating that are plastered and spoken time and time again. Unless your man is a caveman, he’s probably smarter than that. These common signs include:

1. He doesn’t want to have sex as much. A smart cheater isn’t going to slack up on sex at home; he’ll probably be giving it to you the same as always or possibly even more often. Notice changes in the sex, not the frequency. He’ll pick up new tricks or techniques from a mistress and use them on you.

3. He’s gone for long periods of time and offers lame explanations. Taking hours to complete simple tasks are usually things people tell you. If he goes to the grocery store and takes an abnormally long time, check the receipt; it will show what time he checked out. If he left at noon and the receipt says he didn’t check out until 3 PM, you know that man wasn’t shopping for three hours.

4. He exhibits strange phone behavior. If he becomes overly sensitive about his phone, starts putting it on silent, turning it off or safe-guarding it, there might be a problem. But unless your man is a total nitwit, don’t check the device — check the bill. He can erase calls, voicemail, and texts from the device, but not the bill. Also keep in mind that savvy cheaters may purchase a pre-paid phone.