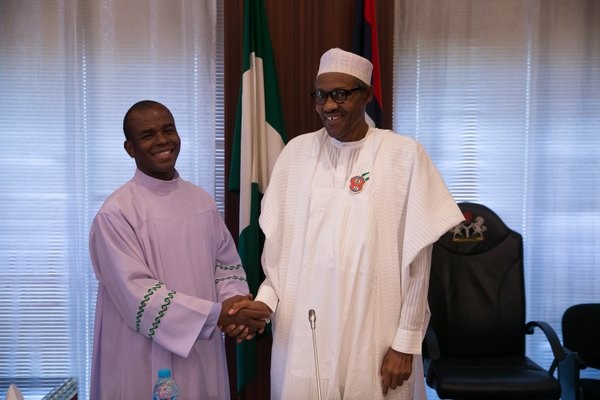 The Buhari South-East Youth Movement, BSEYM, has vowed to shut down the country should anything untoward happen to President Muhammadu Buhari.

The movement was reacting to the prediction by fiery Catholic priest and spiritual director of Adoration Ministries Enugu, Rev. Father Ejike Mbaka that some unnamed people are plotting to assassinate the president so that the looting of the treasury can continue.

The BSEYM advised anyone or group with such evil plan to have a rethink “because such will spell doom for not just the country”.

In a statement in Umuahia, Abia State by its leader, Mr. Nwabueze Onwuneme, the group expressed its support for President Buhari’s anti-corruption war.

It also called on anyone with useful knowledge of any ploy against the president or the country to immediately divulge such to law enforcement agents.

According to the group, Mbaka’s prediction should not be dismissed with a wave of hands because “corruption really fights back dirty when attacked”.

The BSEYM further urged all well-meaning Nigerians to resist the evil work of “this small group that wants to kill this country”, and which had impoverished the masses, and support President Buhari in his effort to sanitize the country.