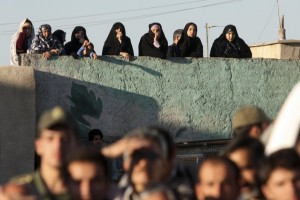 At least 160 young Iranians are currently awaiting execution and 73 others have been put to death between 2005 and 2015, a chilling new report from Amnesty International says. As the world’s leading executioner of offenders under 18 and one of the world’s largest users of the death penalty overall, Iran had nearly 700 people executed in the first half of 2015 alone.

“The situation overall is shocking and distressing,” Raha Bahreini, the report’s lead researcher, told The WorldPost. “It is absolutely shocking that the majority of countries in the world have rejected the death penalty, but Iran continues to sentence girls as young as 9 and boys as young as 15 to death.”

Iran also hanged Janat Mir, an Afghan boy believed to be 14 or 15 at the time of his execution, in 2014. Mir was executed following an arrest for drug offenses after his friend’s house, where he was living, was raided. The boy was reportedly denied access to a lawyer and consular services, according to Amnesty.