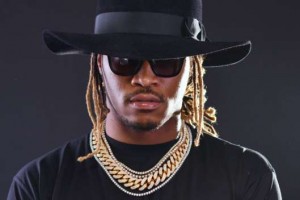 Yesterday (January 4), blazing American rapper, Future (Nayvadius DeMun Wilburn) referred to Ciara as a ‘bi^ch’; for allegedly not allowing him to see his son.

Future also said Ciara has control problems and makes him go through lawyers to see his child.

He further revealed that he pays the singer $15,000 a month for child support.

Her team spoke to E! and said that Ciara has never stopped Future from seeing his son, and he has not paid $15,000 for child support.

“A source close to Ciara tells E! News exclusively that the “I Bet” singer has never prevented Future from seeing his son and that he does not and has not paid $15,000 in child support.

“As to why the rapper would go on Twitter with such bold statements, our source claims Future is jealous that Ciara has moved on and “that Future uses the situation to promote his music by staying in the press using her name.

“Future has told her he hopes she fails in everything she does and that’s just being evil. He is unable to move on and co-parent in a healthy way” the team told E!