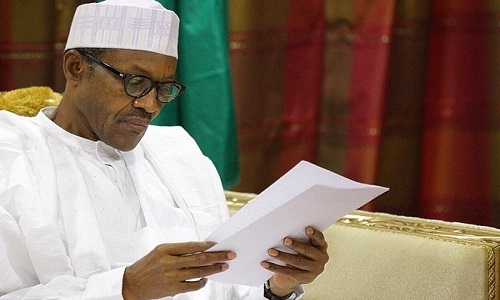 Speaking in Addis Ababa at a town hall meeting with Nigerians resident in Ethiopia, the President said far-reaching reforms of the judiciary remained a key priority for the present administration.

“On the fight against corruption vis-à-vis the judiciary, Nigerians will be right to say that is my main headache for now,” Buhari said.

“If you reflect on what I went through for twelve years when I wanted to be the President, I attempted three times and on the fourth attempt through God and the use of technology, it was possible for Nigerians to elect an APC candidate as President.

“All these cases went up to the Supreme Court until the fourth time in 2015, when God agreed that I will be President of Nigeria,” the President said.