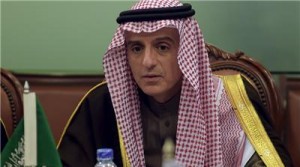 Top Arab diplomats have condemned attacks on Saudi diplomatic missions in Iran and warned that the Islamic Republic would face wider opposition if it continued its “interference” in the internal affairs of Arab states. After meeting on Sunday in Cairo for emergency talks requested by Riyadh, Arab League foreign ministers issued a joint statement denouncing the “hostile acts and provocations of Iran” in the dispute.

All members of the Arab League voted in favour of the statement, with the exception of Lebanon, where Iranian-backed Hezbollah is a powerful political force.

Speaking after the meeting, Adel al-Jubeir, Saudi Arabia’s foreign minister, said relations between Riyadh and Tehran could only be repaired if Iran stopped interfering in its affairs. “Iran can live in the region as a neighbour if it stops these approaches, but if Iran continues the violent approach, it will face opposition from the Arab world … this is the message we’ve got from the meeting,” Jubeir said.

Saudi Arabia accuses Iran of interfering in its affairs and allowing the protesters to ransack its diplomatic missions. Sheikh Abdullah bin Zayed Al Nahyan, the UAE foreign minister who chaired the meeting, said Iran had to “determine what kind of neighbour it wants to be”, further accusing it of supporting “extremist groups”.