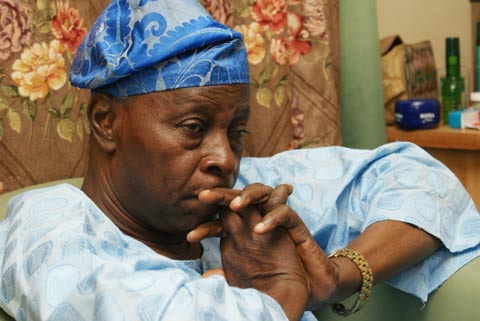 Former Secretary to the Government of the Federation (SGF), Chief Olu Falae, who was abducted a little while ago has admitted to collecting N100 million from the former chairman, Board of Trustees (BoT) of the Peoples Democratic Party (PDP). Based on his admittance, INFORMATION NIGERIA has put together the 3  reasons Chief Falae gave for accepting the money…

– The N100 million was given to his party (SDP) to endorse and work for the Jonathan’s candidature in the 2015 election, which he received as SDP National Chairman.

– The money was used for the purpose of effectively campaigning for the PDP, since his party, SDP did not have a presidential candidate in the election.

– He says he had no idea the money was from the arms deal considering the PDP has a lot of money from being in power for 16years.