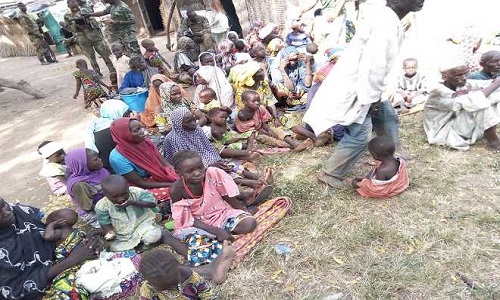 The military in Dikwa have rescued 3,212 people that include women and children, who had been held captive by Boko Haram for upward of 3 months in villages and Boko Haram camps around Dikwa.

The former captives have since been moved to a camp in Dikwa en route Maiduguri, the Borno State capital.

Dikwa is one of the Local Government Areas of Borno state from where the military recently dislodged Boko Haram fighters.