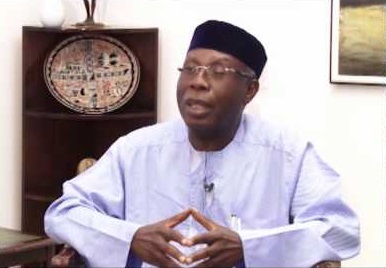 Speaking in an interview with Channels Television in Otukpo, Benue State, at the flag off of the All Progressives Congress (APC) Benue South Senatorial re-run election campaign for its candidate, Mr Daniel Onjeh, Mr Ogbe said the Structural Adjustment Programme pointed Nigerians in the wrong direction.

Structural adjustment was accompanied by falling real wages, the redistribution of income from urban to rural areas, and reduced health, education, and social spending. The decrease in spending on social programs contributed to often vociferous domestic unrest, such as Muslim-Christian riots in Kaduna State in March 1987, urban rioting in April 1988 in response to reduced gasoline subsidies, student-led violence in opposition to government economic policies in May and June 1989, and the second coup attempt against General Babangida in April 1990.

With the current situation of things, Ogbe, therefore, advised Nigerian youths to take advantage of the oil crisis in other to diversify into Agriculture and non-oil sectors.

The minister also expressed concern over the high rate of unemployment among Nigerian youths. He advised that they take up opportunities being created in the agricultural sector, in other to earn themselves legitimate sources of livelihood.