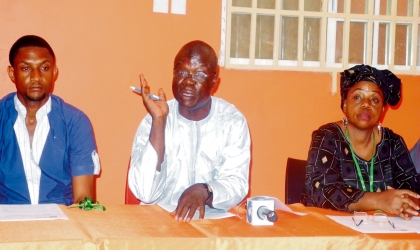 The Transition Monitoring Group on Monday gave a damning verdict on the just concluded governorship poll in Bayelsa State, saying it fell short of global standards for credible elections.

The TMG Chairman, Ibrahim Zikirullahi, who presented the group’s final statement on the election to journalists in Abuja, said the election, which was won by the Peoples Democratic Party (PDP) candidate and incumbent governor, Seriake Dickson, witnessed widespread cases of ballot box snatching that hindered the counting and announcement of results at polling units in Southern Ijaw local government area of the state.

TMG also expressed disappointment at the inability of the Independent National Electoral Commission (INEC) and the security agencies to conduct free and fair governorship election in Bayelsa, insisting that the election fell below the international standard.

Zikirullahi, who noted that the elections were marred by violence, as the two major political parties – the All Progressive Congress (APC) and the Peoples Democratic Party (PDP) struggled to outsmart each other, said INEC and security agencies failed the people of Bayelsa State.

He, therefore, called for a comprehensive audit of security operatives deployed for the poll.