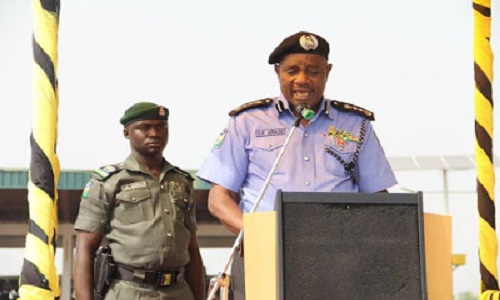 With 48 hours to the supplementary election in 101 wards and Southern Ijaw Local Government Area of Bayelsa State, the Inspector General of Police, Solomon Arase, has assured Bayelsans of adequate security logistics and manpower to ensure a conducive electioneering atmosphere.

Mr. Arase towards this end, deployed a Deputy Inspector-General of Police to supervise security arrangements in the state.

The DIG will be assisted by an Assistant Inspector-General of Police and three Commissioners of Police, who will oversee the over 5,000 conventional policemen that have also been deployed for election duty.

The deployment, according to the IG, is in line with efforts to ensure adequate security for this Saturday’s supplementary election that will take place in Bayelsa after widespread irregularities including ballot box snatching, voters’ intimidation, abduction of electoral officers and gun fight between political and security forces, among others, marred the December 5 and 6 exercise.

A statement by Force Public Relations Officer, Deputy Commissioner of Police, Olabisi Kolawole, said: “Meanwhile, the Police have commenced extensive security operations in the state, including the deployment of plainclothes detectives and surveillance helicopters for aerial patrols, while gunboats and speed boats will complement the Police Marine Unit to convey security personnel and election materials to riverine communities.

“Armed personnel from Police Mobile Force, Special Protection Unit, as well as Counter Terrorism Unit of the Force, are on ground to support the ongoing security operations in the state.

“In the same vein, the IG has also placed an order banning movements in and out of the local government areas where elections will hold with effect from 6am to 6pm on January 9, 2016.

“While expressing his regrets over the inconveniences that road users and the general public may suffer as a result of this restriction, the IG appeals for the understanding and cooperation of the entire citizenry, as the restriction is essentially to ensure the effective security of citizens, election officials and materials”.