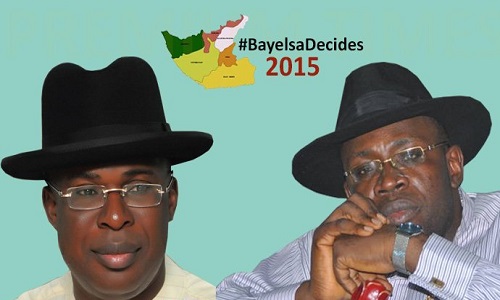 Voting has been concluded in some polling units in Bayelsa State and collation of results is currently ongoing.

Meanwhile, snatching of ballot boxes, violence and sporadic shootings reportedly disrupted proceedings. Two persons suspected to be agents of one of the political parties involved in the supplementary governorship election in the state were said to have been arrested by soldiers for allegedly snatching a ballot box.

The supplementary election in Bayelsa State is holding in Southern Ijaw and in 101 polling units in other parts of the state where the Dec. 5, 2015 governorship poll was cancelled due to violence.

Despite reports of violence, spokesman of the State Police Command, Mr Asinim Butswat said reports from the units indicate that all is calm.

“The command has done necessary deployments to all polling units. In most units, accreditation and voting have commenced and it has been peaceful so far,” he told the News Agency of Nigeria.

“Our men are on ground and are on top of the situation,” he said.