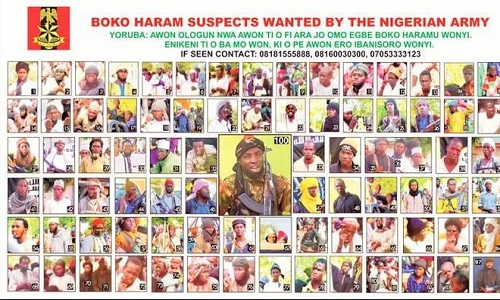 A Boko Haram kingpin identified as Jarasu Shira has been arrested in Damboa, Borno state.

Shira was arrested on Wednesday morning at a motor park along with 10 other suspected members of the terrorist sect who escorted him to Damboa from where he was to connect a vehicle from Biu, which was heading to Lagos.

Daily Trust reports that the Boko Haram kingpin and his escorts were arrested by men of the Civilian Joint Task Force, who are providing support to the Nigerian military battling the militant group.

Quoting a source, who pleaded not to be named for security reasons, the newspaper reported that Shira alias Jarido, is number one on the new list of wanted men by the Nigeria military.

To conceal his identity, the suspected terrorist reportedly disguised in a cowboy outfit but that did not stop the eagle-eyed civilian JTF members from spotting him.

Shira is believed to be the leader of Boko Haram militants in Damboa, Chibok and Askira Uba local government areas of Borno state.

The suspects have been handed over to military authorities in Biu, Borno state.