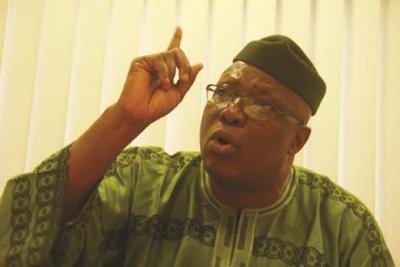 In a statement on Thursday, the Asiwaju of Akokoland and governorship aspirant for Ondo State on the platform of All Progressives Congress, APC, described Senator Ojudu as a true democrat, informed strategist and loyal party leader.

His words: “President Muhammadu Buhari has again enriched his democratic credentials by appointing a true democrat as political adviser to the Presidency.

“As my colleague in the 7th National Assembly, Senator Ojudu fought hard against anti-democratic ideas and actions.

“With his vast political finesse, experience and connections, I am confident his appointment will herald tranquility and maintain the political stability of the country”.

Prof. Boroffice, who is the Chairman, Senate Committee on Science and Technology, said Ojudu’s appointment will certainly ease the political challenges associated with governance and likewise enable the Federal Government to smoothly deliver the dividends of change agenda to Nigerians.

“I wish the newly-appointed Special Adviser on Political Matters to the Presidency a smooth and successful tenure in office”, he concluded.