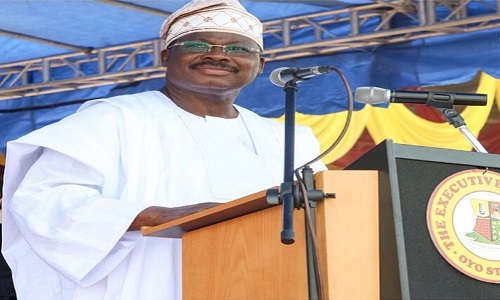 Governor Ajimobi made the disclosure while addressing State House correspondents after meeting President Buhari at the Presidential Villa, Abuja, on Tuesday.

The monarch passed away last week Monday in his palace at the age of 101.

The governor also declared the claim by the Otun Seriki of Ibadan, Chief Adebayo Oyediji, to be the next Olubadan of Ibadanland as an exercise in futility.

He said: “My mission here basically is to see Mr. President and intimate him of the recent transition of the Olubadan who passed away a couple of days ago.

“We had to wait for the traditional message from the palace before we could convey this to the President. I am glad that I have been able to convey it. You may even ask why conveying such to the President, at least he was just an Olubadan?

“If you know, the Olubadan is not an ordinary King. Apart from the fact that he worked for the Federal Government, he was once a Minister of Labour under Alhaji Tafawa Balewa‘s government when he was prime minister, he worked as a parliamentarian and a minister.

“He was part of the delegation to Britain for the Nigerian Conference, therefore, he was a national figure, hence he was honoured with a CFR. He contributed immensely to the development of Nigeria, so he stood out as a king.

“I am glad to say that having seen the President, he has assured me that he would be attending the burial ceremony”.