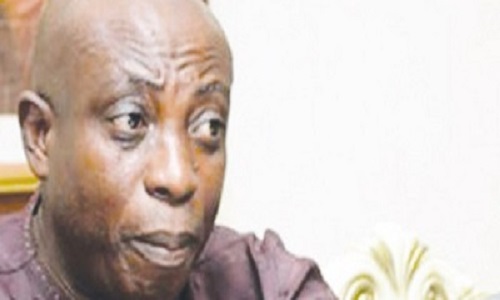 A Catholic priest, Reverend Father Samuel Aniebonam, has distanced himself from the proposed election to be conducted for offices in the Ralph Uwazuruike-led Biafra Independent Movement (BIM).

Uwazuruike, who was recently expelled as leader of the Movement for the Actualization of the Sovereign State of Biafra, MASSOB, last week, named Aniebonam as chairman of Biafra Independent Electoral Commission, B-INEC.

But the Catholic priest dissociated himself from the appointment, and described as spurious, publications linking him with the Biafra struggle.

A statement yesterday by Rev. Fr. Aniebonam said he was surprised that Uwazurike could make such an appointment without first seeking his approval and urged the general public to discountenance same.

The statement said: “Media reports claim that Chief Ralph Uwazurike of Biafra Independent Movement (BIM) appointed Rev Fr. Samuel Aniebonam as the chairman of Biafra Independent National Electoral Commission (B-INEC), a body that would conduct and supervise the internal election into offices of BIM on February 22.

“I, Rev Fr. Samuel Aniebonam, a priest of the Catholic Diocese of Awka, Anambra State, hereby dissociate myself from the publications as they were made without my consent. I, never in any forum, discussed or accepted the appointment, either from Chief Uwazurike, his agents, proxies or any other person.

“I also state unequivocally that by my vocation as a priest, I am stopped from active participation in partisan politics and I have maintained this in the 23 years of my priestly ordination. I have neither been involved in, nor encouraged any act of secession or insurrection against the Federal Republic of Nigeria.

“I, therefore, urge the public to disregard the publications as I strongly believe in the unity and indissolubility of Nigeria”.