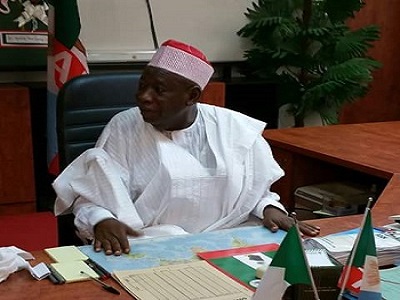 The Code of Conduct Bureau (CCB) on Wednesday disclosed that it had verified the assets declared by Kano State Governor, Dr. Abdullahi Ganduje and 125 other government officials in the state.

The Kano Director of CCB, Alhaji Umar Saulawa, disclosed this in an interview with the News Agency of Nigeria (NAN) in Kano on Wednesday.

According to Saulawa, the state’s Deputy Governor, Prof. Hafiz Abubakar, as well as local government chairmen, were among others whose assets were verified by the CCB.

He said that the verification exercise was conducted with the bureau’s Federal Commissioner-in-charge of North West Zone, Alhaji Ibrahim Manzo.

He said that the essence of the verification was to make corrections where necessary.

The director also thanked the governor and other public officers for their turn out during the exercise and called on others to emulate them.

Mr. Saulawa listed members of the state House of Assembly as well as heads of government boards and parastatal agencies as constituting the next batch in the verification exercise. (NAN)