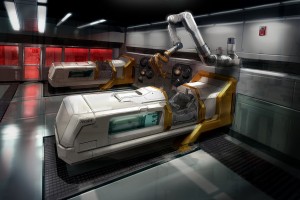 A Grosse Pointe Park couple is accused of renting out human heads that were infected with HIV and other diseases to clients who used the body parts for medical research and training. Arthur Rathburn, 62 and Elizabeth Rathburn, 55, ran International Biological, Inc., which procured donated human bodies, dismembered them, and provided parts to medical and dental professionals for a rental fee, according to federal prosecutors. The husband and wife at times got body parts at a discounted cost, when they came from people who died of infectious diseases, investigators allege.

And they’re accused of renting out those parts without notifying clients of the infections, according to an indictment unsealed in Detroit federal court Friday. Both are charged with nine counts of wire fraud. Arthur Rathburn is also charged with transportation of hazardous materials and making false statements to the U.S. government. In one instance, eight human heads, one of which came from a person who died of bacterial sepsis and aspiration pneumonia, were wrapped in trash bags and piled into a camping cooler for delivery via Delta Cargo in February 2012.

Federal investigators accuse Arthur Rathburn of falsely telling the government that the heads were embalmed, and that a pool of blood found at the bottom of the cooler was Listerine. In another case, the couple’s company provided body parts to the American Society of Anesthesiologists for an October 2012 conference in Washington D.C. Federal agents later seized records from the company that listed the body parts as having tested positive for both HIV and Hepatitis B, prosecutors alleged.

And the American Society of Anesthesiologists provided the government a Sept 25, 2012 form in which International Biological asserted “all specimens have been tested negative for HIV, Hep A, B & C.” It was unclear whether pair has retained a lawyer. No defense attorneys had yet been listed in federal court records on the case. The couple could face up to 20 years in prison. “This alleged scheme to distribute diseased body parts not only defrauded customers from the monetary value of their contracts, but also exposed them and others to infection,” said U.S. Attorney Barbara McQuade in a statement. “The alleged conduct risked the health of medical students, dental students and baggage handlers.”