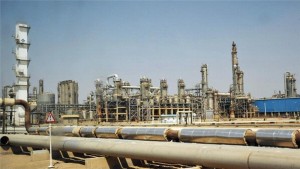 Iran has said it plans to increase oil production by 500,000 barrels per day now that sanctions have been lifted under a nuclear deal with world powers. Analysts say the decision is likely to bring down the price of oil further in the world market. Roknoddin Javadi, deputy oil minister, said Iran is determined to retake its market share, which collapsed after the sanctions were imposed in 2012.

His comments were posted on the ministry’s website on Monday. Iran used to export 2.3 million barrels per day but its crude exports fell to one million in 2012. Oil prices have recently fallen to about $28 a barrel, a 13-year low. However, Richard Mallinson, an energy analyst, told Al Jazeera it remains unclear how quickly can Iran boost production.

The UN nuclear agency, IAEA, certified on Saturday that Iran had met all of its commitments under last summer’s agreement, prompting the lifting of sanctions. And on Monday, Yukiya Amano, the IAEA’s head, arrived in Tehran for talks with Iran’s President Hassan Rouhani. Amano will also meet the head of Iran’s atomic organisation. The IAEA’s monitoring and verfiying of Iran’s atomic programme is expected to be on the agenda.