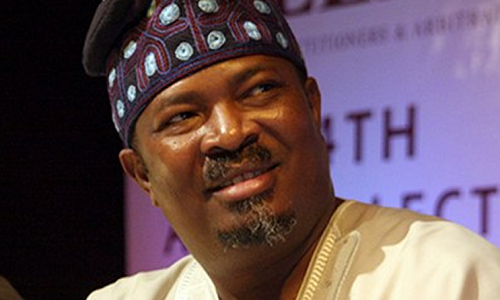 The publisher of THISDAY newspaper, Nduka Obaigbena, has been given two weeks by the Economic and Financial Crimes Commission (EFCC) to refund N670 million allegedly collected for unexecuted contracts.

The newspaper proprietor was a guest of the EFCC on Tuesday where he made clarifications on some questionable payments he received from the Office of the National Security Adviser (ONSA).

The payments, a total of N670 million, was found to have been made from the $2.1 billion arms deal fund, which is a subject of investigation by the EFCC.

But Mr. Obaigbena told investigators that he never benefitted from slush funds from the ONSA, insisting that the administration of ex-President Goodluck Jonathan paid the said sums to THISDAY and the Newspapers Proprietors Association of Nigeria (NPAN) as compensation for the bombing of the newspaper house by Boko Haram in 2012 and the seizure of copies of many newspapers by the military in 2014.

He said there was a presidential proclamation by the former president that his newspaper will be compensated for the loss to Boko Haram, stressing the pledge was made after an inspection visit to THISDAY.

It was learnt that Obaigbena, who is the national president of NPAN, was quizzed for two days on the activities of General Hydrocarbons and inflow into the company’s account from ONSA.

“What we are investigating is General Hydrocarbons. Records from the Corporate Affairs Commission (CAC) indicated that Nduka Obaigbena is a director of the company.

“ONSA reported that General Hydrocarbons was one of the companies that received payments purportedly for contracts without contract documents or approval.

“Between December 8, 2014 and May 23, 2015, Obaigbena received N670million from ONSA. The reasons stated on the payment mandates are as follows: First tranche of N150million (environmental security project) and the remaining tranches (payment for energy consultancy)

“Obaigbena said he was paid compensation of N550 million for the bombing of THISDAY office in Abuja but there is no nexus between this payment and the money he collected for contracts. None of the sums shows that what he got from ONSA was compensation.

“The complaint before us is that the company was given money without contractual agreement.

“By all records, Obaigbena was paid for unexecuted contracts. It is government’s funds and he has to refund the N670million”, an EFCC official told The NATION last night in confidence.

Another source privy to the investigation said: “The EFCC has given Obaigbena a maximum of two weeks to refund the amount he collected from ONSA.

“Obaigbena has signed an undertaking to refund the money in question. The anti-graft commission has also granted him an administrative bail”.