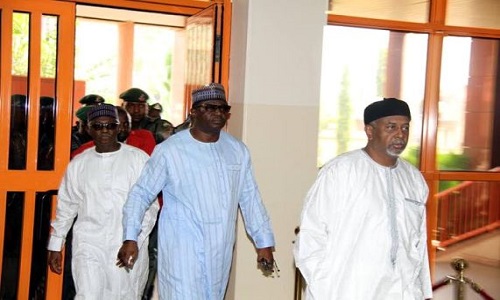 Minority Whip of the House of Representatives, Umar Yakubu Barde, has hailed the ongoing trial of those involved in the over $2.1 billion arms deal scam, saying anyone found guilty of diversion of fund meant for arms should be executed and his/her property confiscated.

Addressing newsmen in Kaduna on Monday, Barde, who is representing Chikun/Kajuru Federal Constituency of Kaduna State in the House of Reps, said he would support the enactment of a law that punish anyone found guilty of corruptly enriching him/herself to the tune of N1 million and above.

“Do you want to have sympathy for someone who knows that the money was meant for arms and he pocketed it? If I am a judge and such a person is brought before me, I will confiscate his property and make sure he is killed also”, he said.

“We are living in a very funny country where people steal N1, 000 and they are put in jail for years. And where some people will steal billions and use that same billion to escape justice. That is not good enough”, the minority whip added.

Barde, who also spoke on many national issues, including the controversy surrounding the 2016 budget said, “I am a believer of the fact that, people should be punished for whatever offence they commit. And am also of the belief that punishment should also be segregated according to the offence. At least, your punishment should be commensurate with what you have done”.