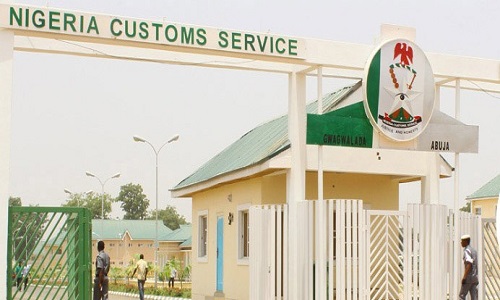 Abdullahi Bala, son of the immediate past Minister of the Federal Capital Territory, Senator Bala Mohammed, has landed in trouble with the Nigerian Customs Service after operatives of the Federal Operations Unit, Zone A, Ikeja, Lagos, of the NCS arrested him on Friday for alleged import duty underpayment on his exotic vehicle, a McClaren 650s coupe.

A top Customs source, who confirmed Abdullahi as the former FCT Minister’s son, said ‎investigations are ongoing to unravel whether there were other vehicles in his custody that either underpaid or evaded duty payment.

Confirming the development, the FOU, Zone A, Uche Ejesieme, said the vehicle’s duty ought to be N124 million but upon investigations, it was discovered that a paltry sum of just over N300,000 was paid for the exotic ride, thus shortchanging the Nigerian government of about N123,700,000.

“The man claims to be former minister’s son. He was arrested on Friday. But has been released on bail since it’s a bailable offence. The investigation is ongoing at least to know how he was able to get away with paying just over N300,000. Our Officer in Charge of the Legal department says the duty should be about N124 million”, Mr. Ejesieme stated.