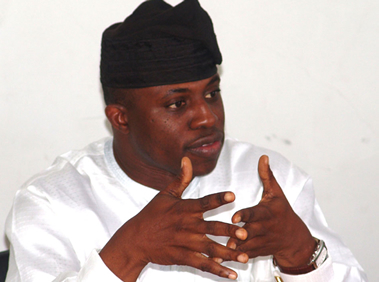 A former Speaker of the House of Representatives, Hon. Dimeji Bankole, has announced his intention to resuscitate the Peoples Democratic Party in Ogun state with a caveat that imposition of candidates by party leaders would no longer be tolerated.

The former speaker made this known on Friday while hosting thousands of his supporters under the banner of Dimeji Bankole Movement for a New Year party at his residence in Onikolobo area of Abeokuta, the state capital.

Mr. Bankole was rumoured to be interested in the governorship race in 2015 in Ogun State, but developed cold feet after the party’s sole financier in the state, now senator, Buruji Kashamu, allegedly imposed Gboyega Isiaka as the PDP flag bearer.

Speaking Friday, Bankole warned the party leadership against any form of manipulation during the forthcoming party’s congress, stressing that any attempt to impose candidates would lead to the experience of the 2015 poll, when the party split into many factions.

The former speaker also debunked speculations that he was planning to dump the PDP.

“It is almost two years now. I commend your perseverance. I now know the differences. The outcome of the congress would determine the political future of PDP in the state”, Mr. Bankole said.

The state secretary of the Bankole Political Movement, Johnson Fatoki, however, declared that the group would leave with the former speaker to any political party of his choosing in the state if the leadership of Ogun PDP fails to unite all factions within the party.

It was learnt that Mr. Bankole later went into a closed-door meeting with senior members of his political group from the various local government areas in the state.