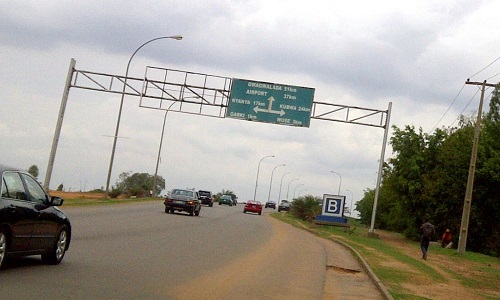 The Minister in charge of the Federal Capital Territory, Muhammad Bello, on Saturday opened part of Goodluck Jonathan Expressway in the Central Business District of the capital to ease traffic.

Before now, the Goodluck Jonathan expressway was known as Inner Southern Expressway (ISEX).

Mr. Bello urged the Ministry of Power, Works and Housing to consider the full expansion of the Abuja-Keffi Road to 10 lanes to reduce traffic bottlenecks on that axis.

He said the expansion of road to 10 lanes with interchange bridges at critical junctions would guarantee traffic flow in and out of Abuja city from the North-East axis of the country.

Mr. Bello recalled that the FCT administration had already expanded the Kubwa and Airport roads to serve those entering into the FCT from the northern and southern parts of the country, respectively.

The minister reiterated that the FCT administration decided to open part of the road to reduce the gridlocks around the city centre, particularly at peak periods.

He emphasised that the FCT administration would fund ongoing projects that impact positively on the lives of residents.

“The policy is to continue with all ongoing projects that will impact positively on the lives of Abuja residents and Nigerians at large”, he said.

He said the ISEX started where the Abuja-Keffi Road terminated at Mogadishu Barracks in Asokoro District.

“The road is designed as a 2×2-lane service carriageways and 2×3-lane main carriageways making a total of 10 lanes with four interchanges and four box culverts at various locations”, Ismaila said.

He said that the scope of the project included underground and surface storm water drainage, power supply, a pedestrian bridge, street lighting and telecommunication ducts, among others. (NAN)