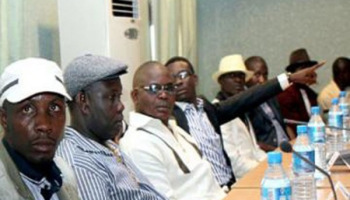 The Federal Government has commenced the direct payment of N65,000 monthly stipends to former militants in the Niger Delta region, with the payment of the three months arrears owed them.

The Chief of Staff in the Office of the Special Adviser to the President on Niger Delta Affairs and Coordinator of the Presidential Amnesty Programme, Colonel Dedis Abel (Rtd) said the Federal Government will no longer make such payments through leaders of the ex-militants.

He made this known while launching the direct payment exercise in Port Harcourt, the Rivers Stare capital yesterday.

Abel said, “The Amnesty Office took the decision to pay the ex-agitators directly following reports of complicity and short-changing of some of them by the leaders. Reports revealed that some of the ex-agitators were paid as low as N20,000 out of the N65,000 which does not conform with the mandate of the Presidential Amnesty Programme.

“Henceforth, payment of the monthly stipend would be made directly to each beneficiary with focus to eliminate cases of fraud and short-changing by their leaders. Similarly, this exercise will enable us to collect biometrics of beneficiaries and to create Bank Verification Numbers to enable government to make future payments through their individual bank accounts”.

He added that the week-long direct payment was to off-set the October, November and December arrears owed to more than 2,000 former agitators drawn from several ex-agitators’ camps in the state and environs, stressing that out of the 30,000 beneficiaries under the Amnesty Programme, only 13,000 had received either formal education or vocational training before the present team came onboard.

The chief of staff said, “However, the number of those trained increased by 5,000 since Retired Brig.-Gen. Paul Boroh was appointed by President Muhammadu Buhari to head the Presidential Amnesty Programme five months ago. The 5,000 newly trained beneficiaries were sent to both local and foreign institutions and vocational centres to acquire knowledge and skills that would allow them become self-reliant”.

Abel, who noted that the remaining 12,000 ex-agitators yet to participate in the process would be trained in the coming months, commended Heritage Bank for its partnership and support of the Amnesty Programme.